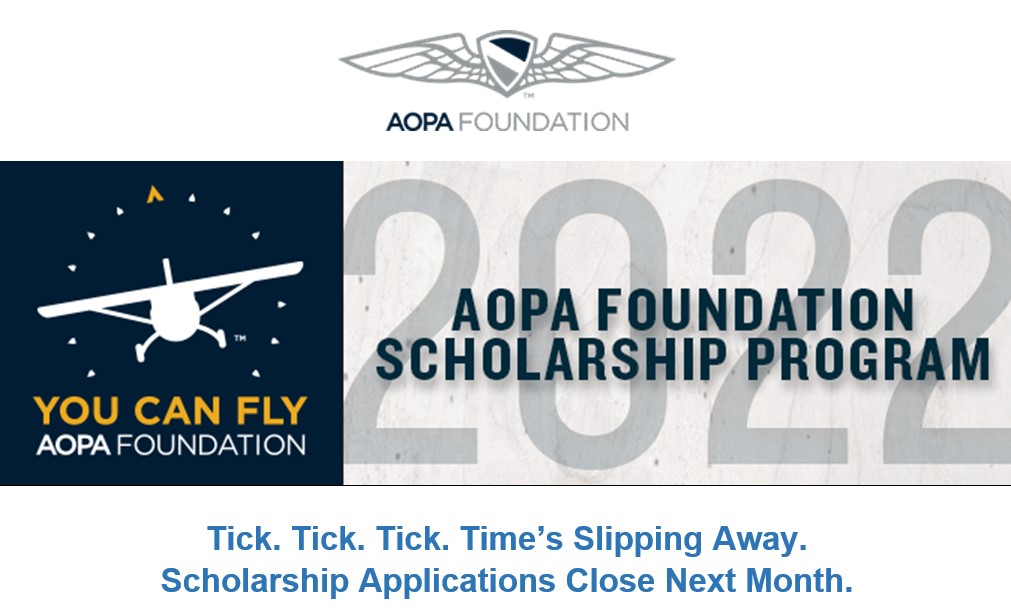 Learn more or forward this email to someone who would benefit from financial assistance to pursue their aviation goals.
The deadline for scholarship applications is Friday, February 11, 2022, at 11:59 p.m. EST

It is through the generosity of donors like you that Flight Path is able to provide local youth with experiences in aviation and encourage future career possibilities.

We hope you’ll consider us this upcoming Giving Tuesday.

DESIGN your own AIRPORT with the FAA!

The FAA offers a free Airport Design Challenge for students with a seven-week interactive, learning and collaboration opportunity starting November 15, 2021 and running through January 14, 2022. The FAA Science, Technology, Engineering, and Math (STEM) Aviation and Space Education (AVSED) Program is organizing and sponsoring this exciting student challenge.  Check it out at https://www.faa.gov/education/virtual_learning/airport_design/ 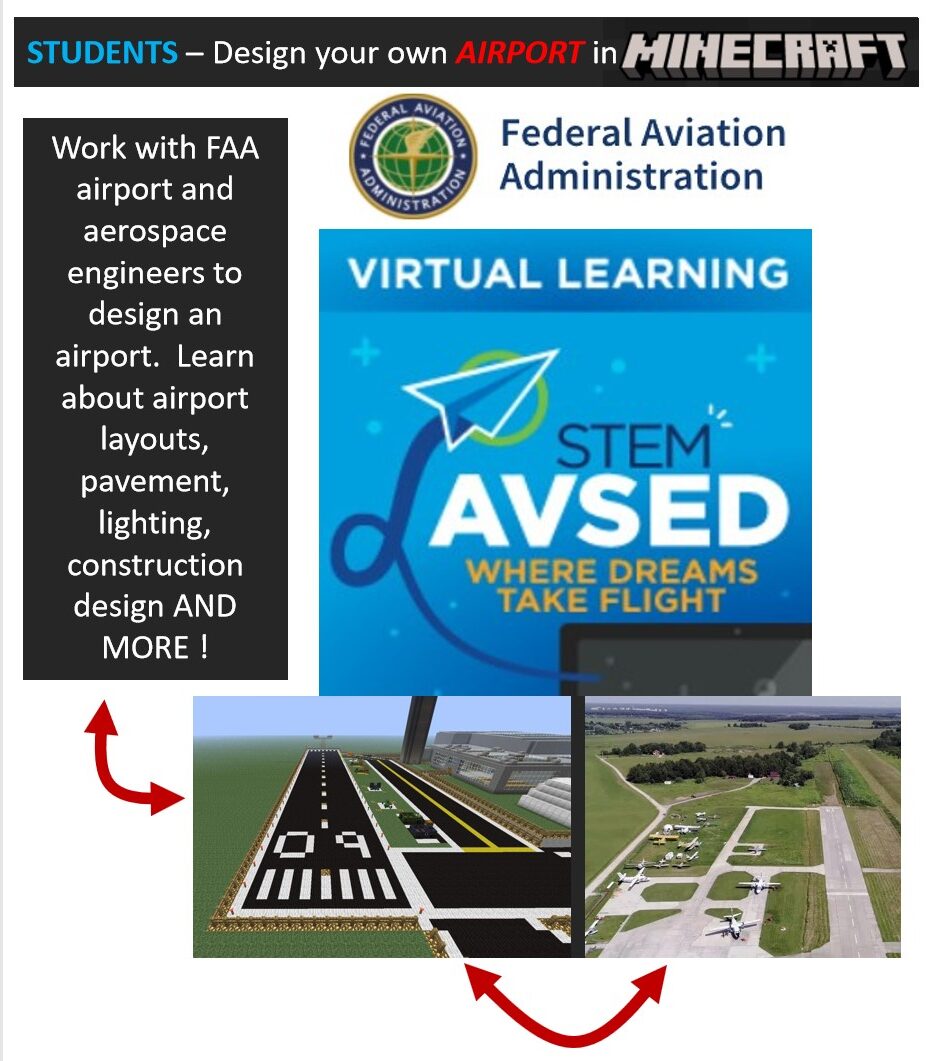 Flight Path was on hand at the Emerson the Brave event at MEYR in Holland Saturday for the Family Fun event.  Emerson came to our booth and tried her hand at flying the RedBird Flight Simulator.  She “flew” from the old Park Township airport to West Michigan Regional airport and landed safely!  Flight Path was pleased to be a part of the Chad Tough and Emerson the Great event. 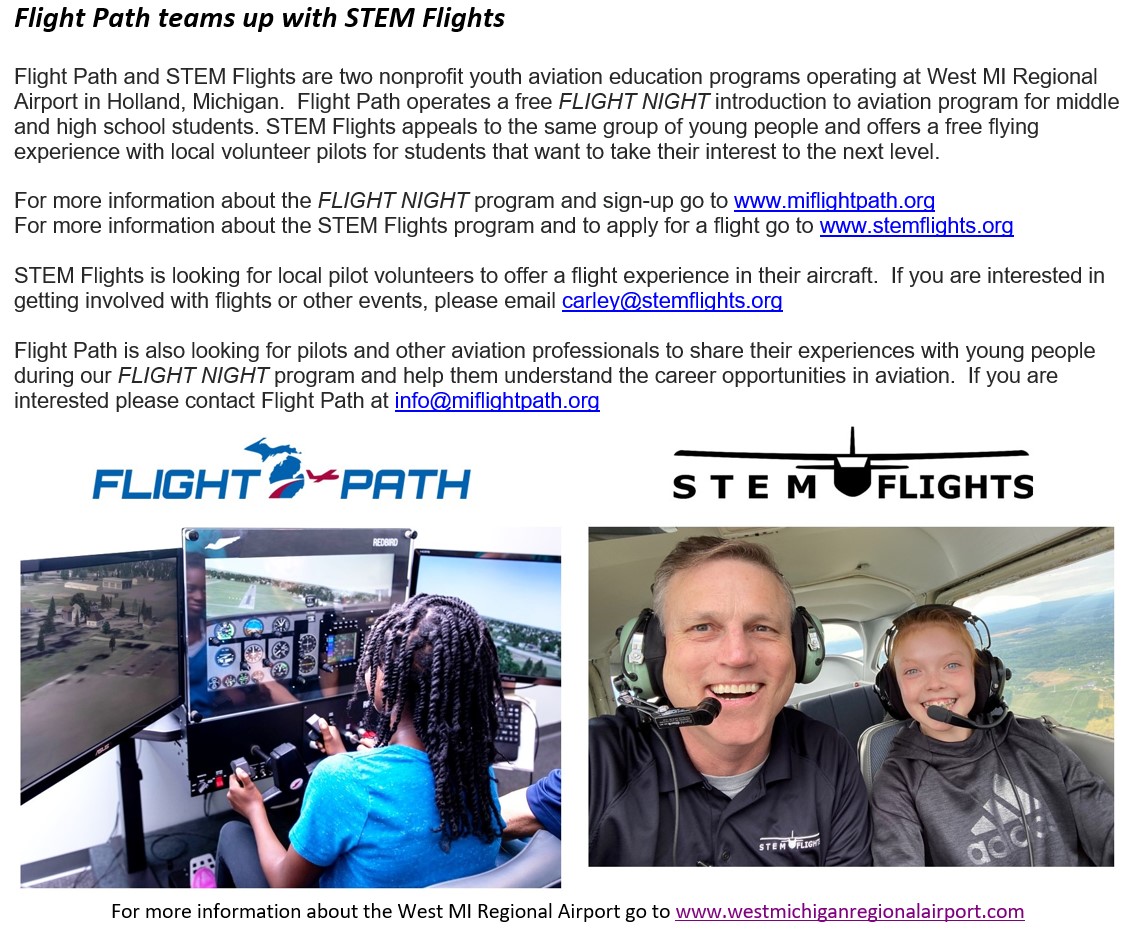 Someday in the future… we hope to have our own hangar.  A 2400 sqft facility would include classrooms, simulators, an airplane, workbenches for STEM projects and aircraft components.  The possibility exists for model and full size airplane construction projects.  The facility would also enable hosting events for local aviation professionals, students, parents, and benefactors.  Flight Path believes in bringing aviation to young people and with a dedicated facility located at the airport, anything is possible! 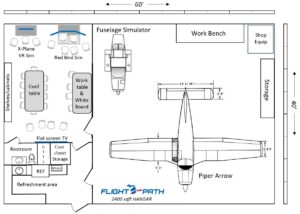 If you attend a FLIGHT NIGHT and LIKED IT….BUY a SHIRT! 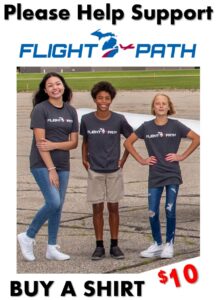 Check out this new video produced by the West Michigan Airport Authority. 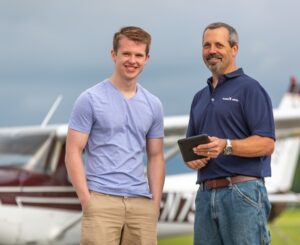 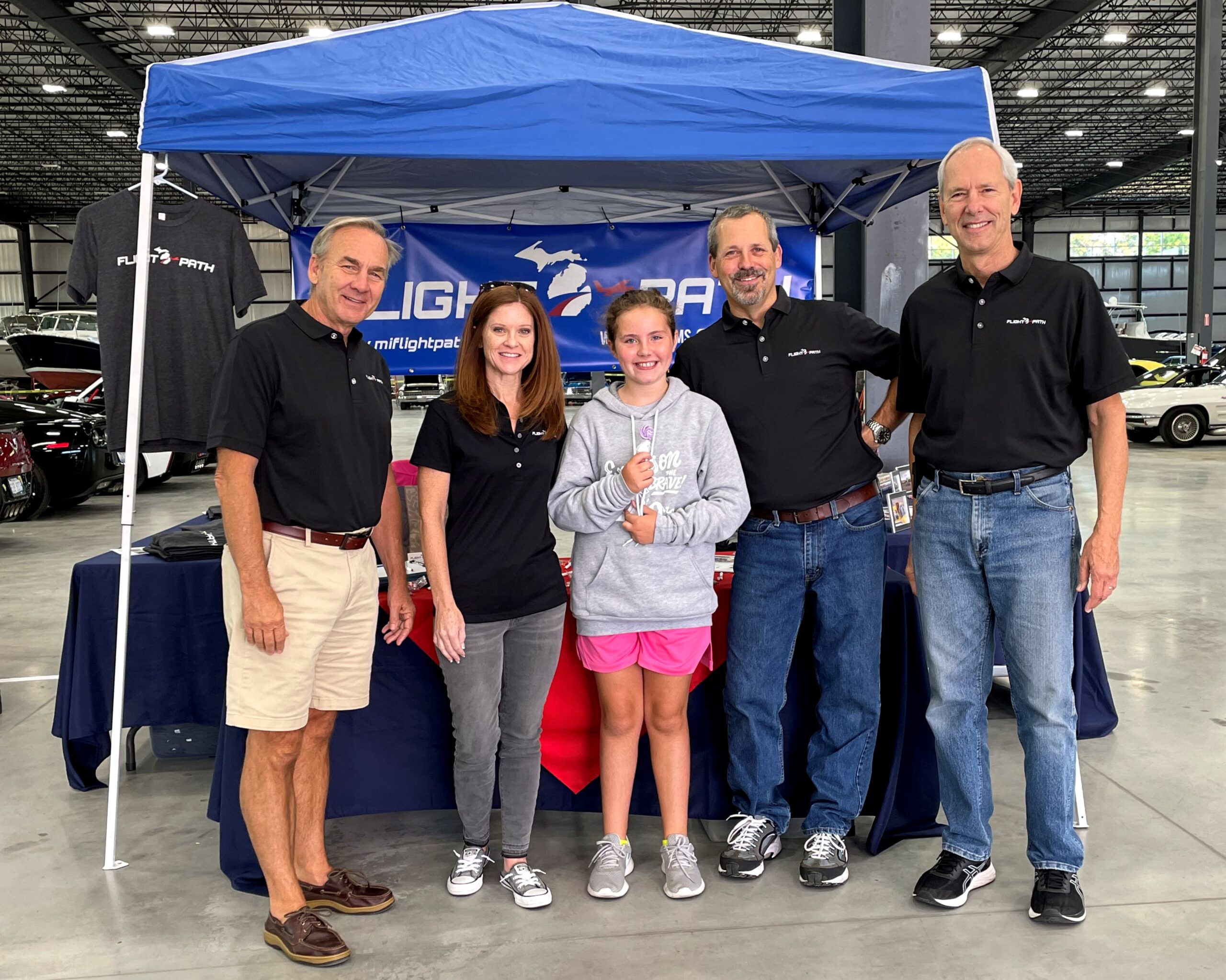 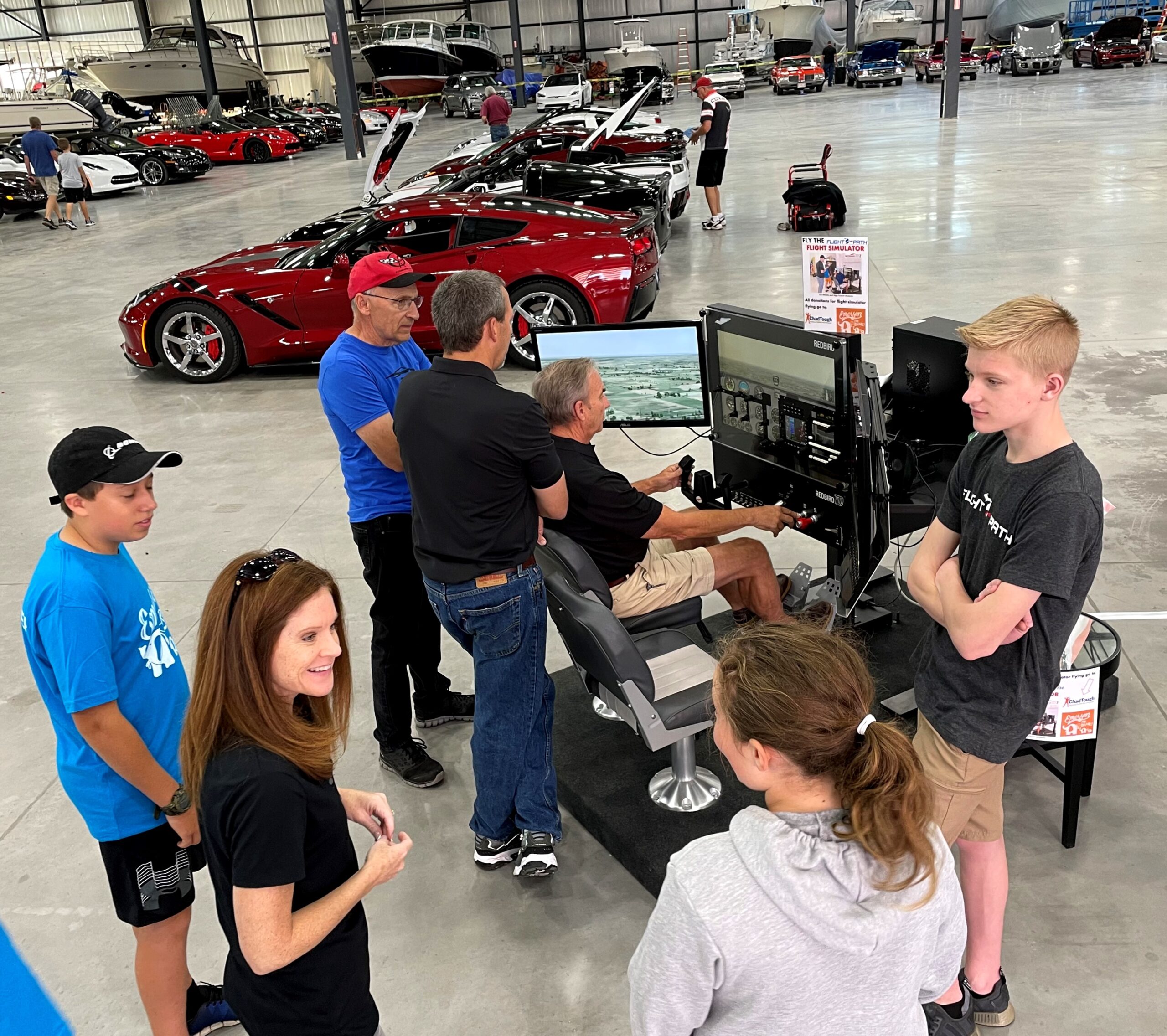 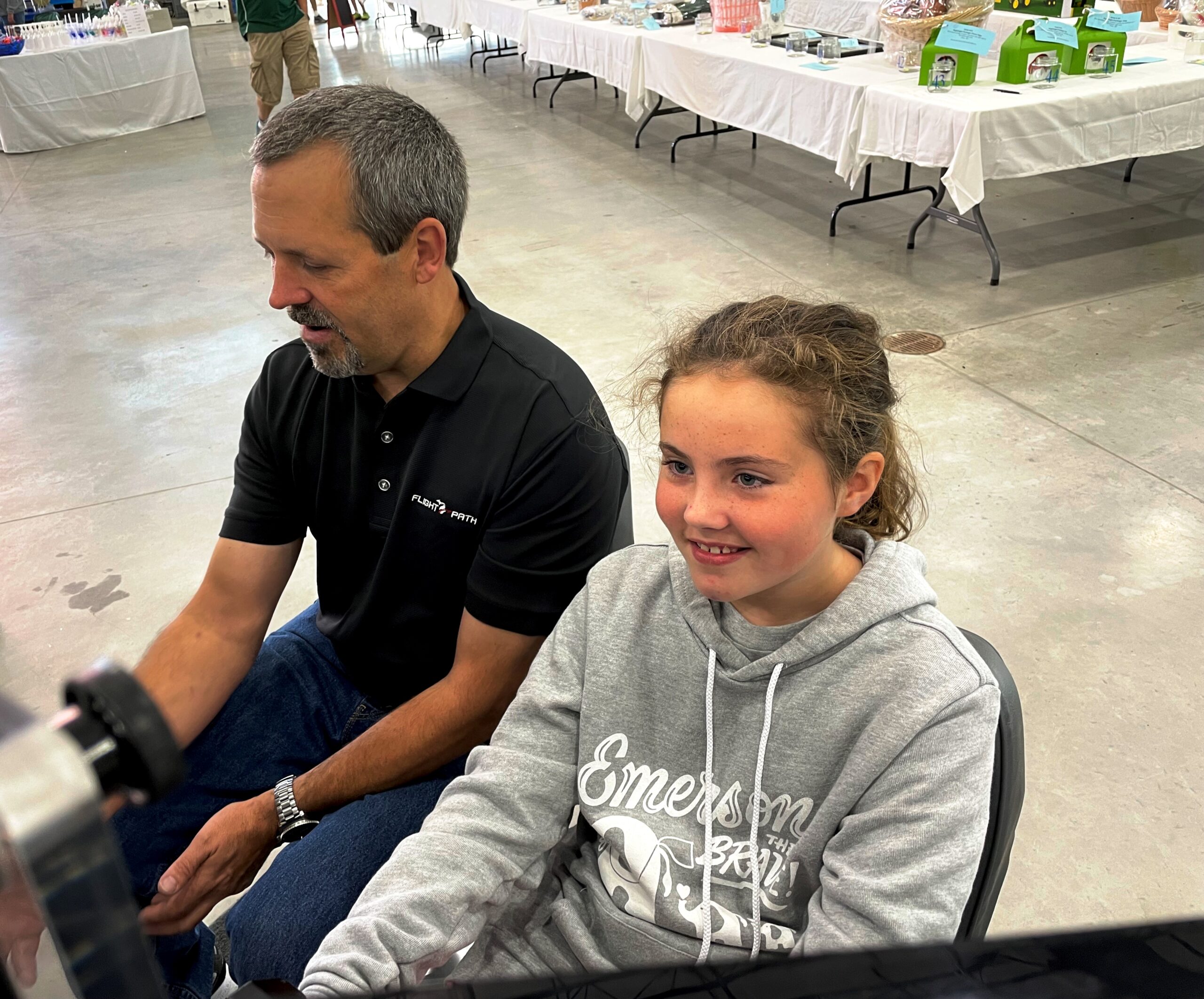 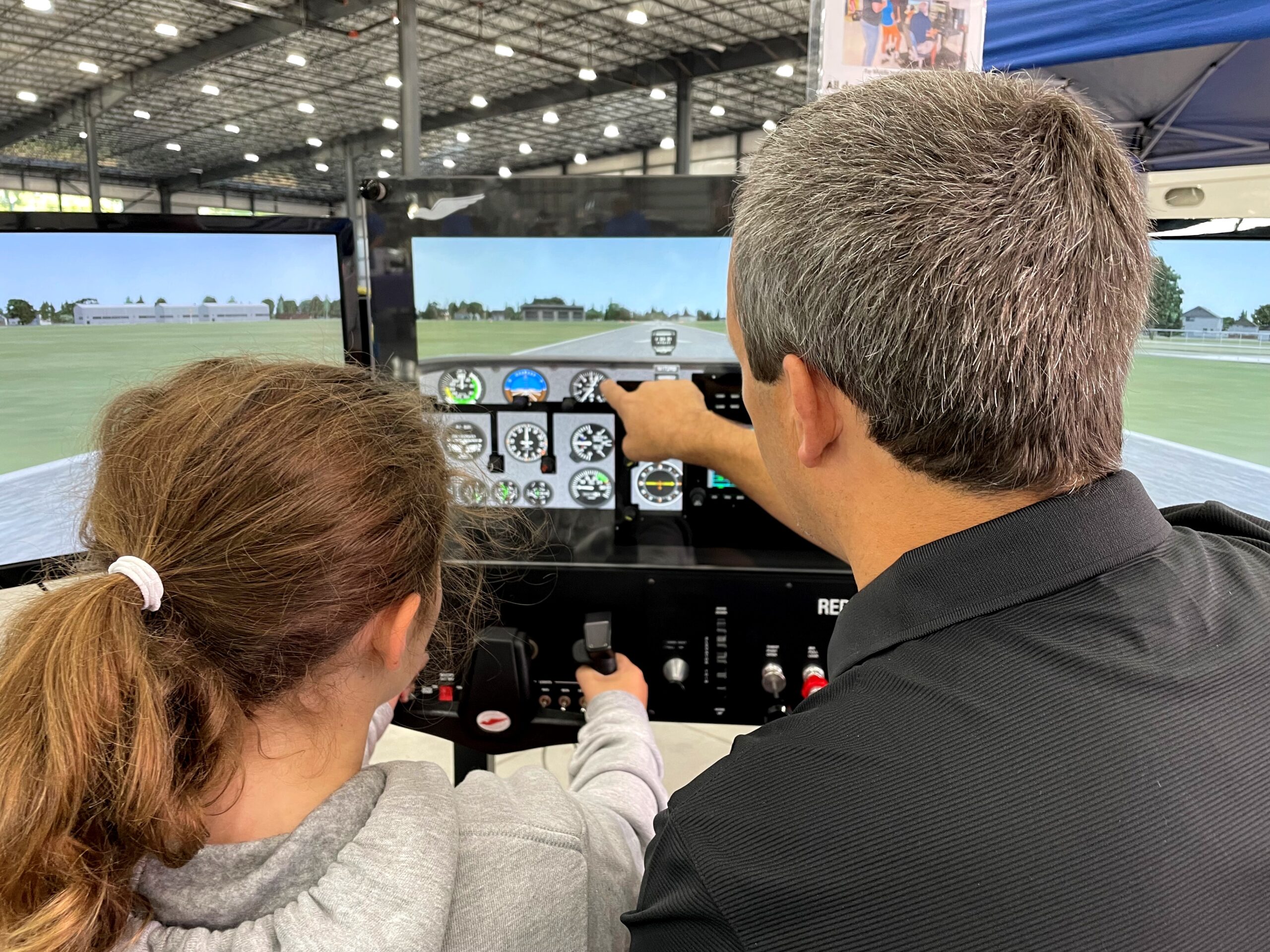 Flight Path will have the Redbird Flight Simulator and booth at the 4th annual Emerson the Brave Family Fun day at the M.E. Yacht Restoration building at 471 Howard Ave, in Holland. Fun from 8am until 2 pm. If you are a middle or high school student, stop by the Flight Path booth and sign up to fly the Flight Simulator. Buy a T shirt and help support Flight Path.
Check https://facebook.com/events/s/4th-annual-emerson-the-brave-f/868759887354433/ and https://www.emersonthebrave.com/family-fun-day for more event information. Hope to see you there! 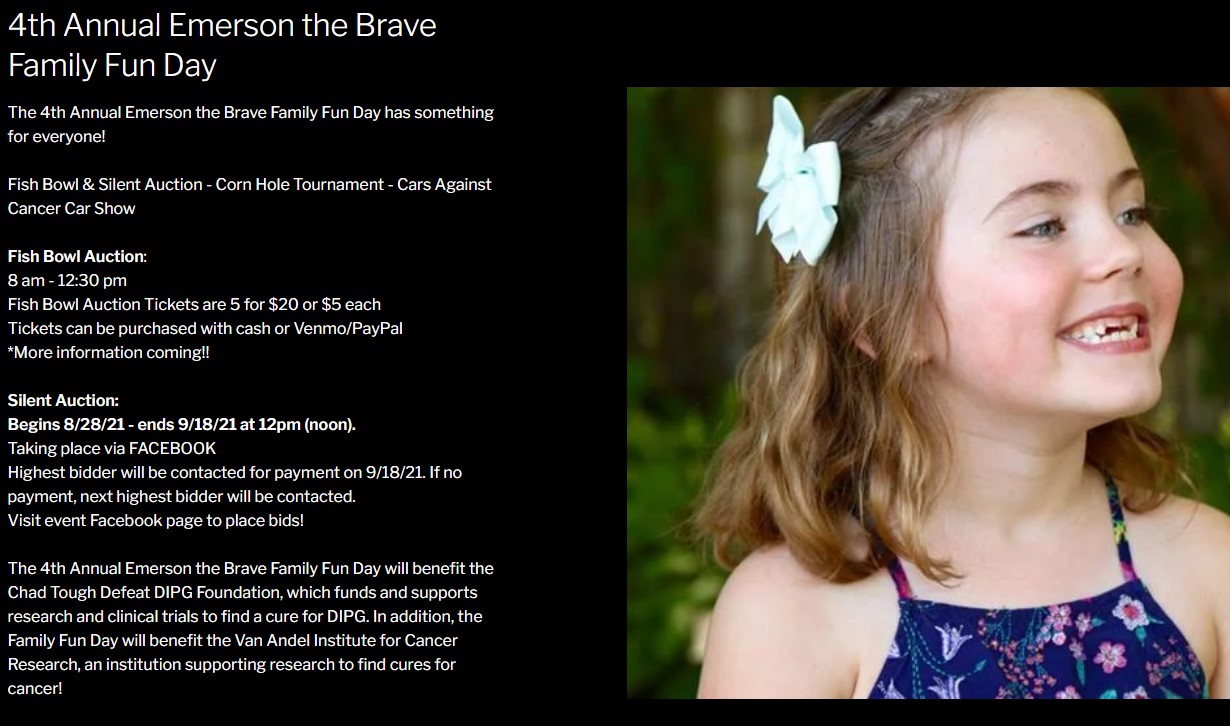 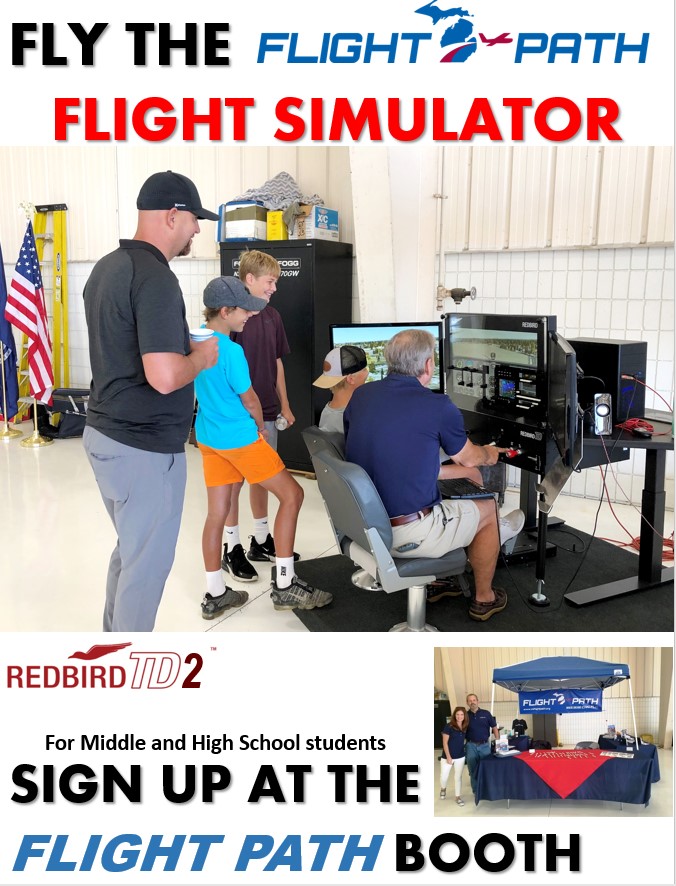 Last Saturday Wings of Mercy hosted a charity breakfast and 5K run at the West Michigan Regional Airport.  The Flight Path crew booth was stationed in the hangar and had the Redbird Flight Simulator ready for visitors to fly.  Based on the young people that flew the simulator we have a good crop of potential future pilots “in the wings”.  Thank you to all that visited and bought one of our Flight Path shirts.  See you at our next event! 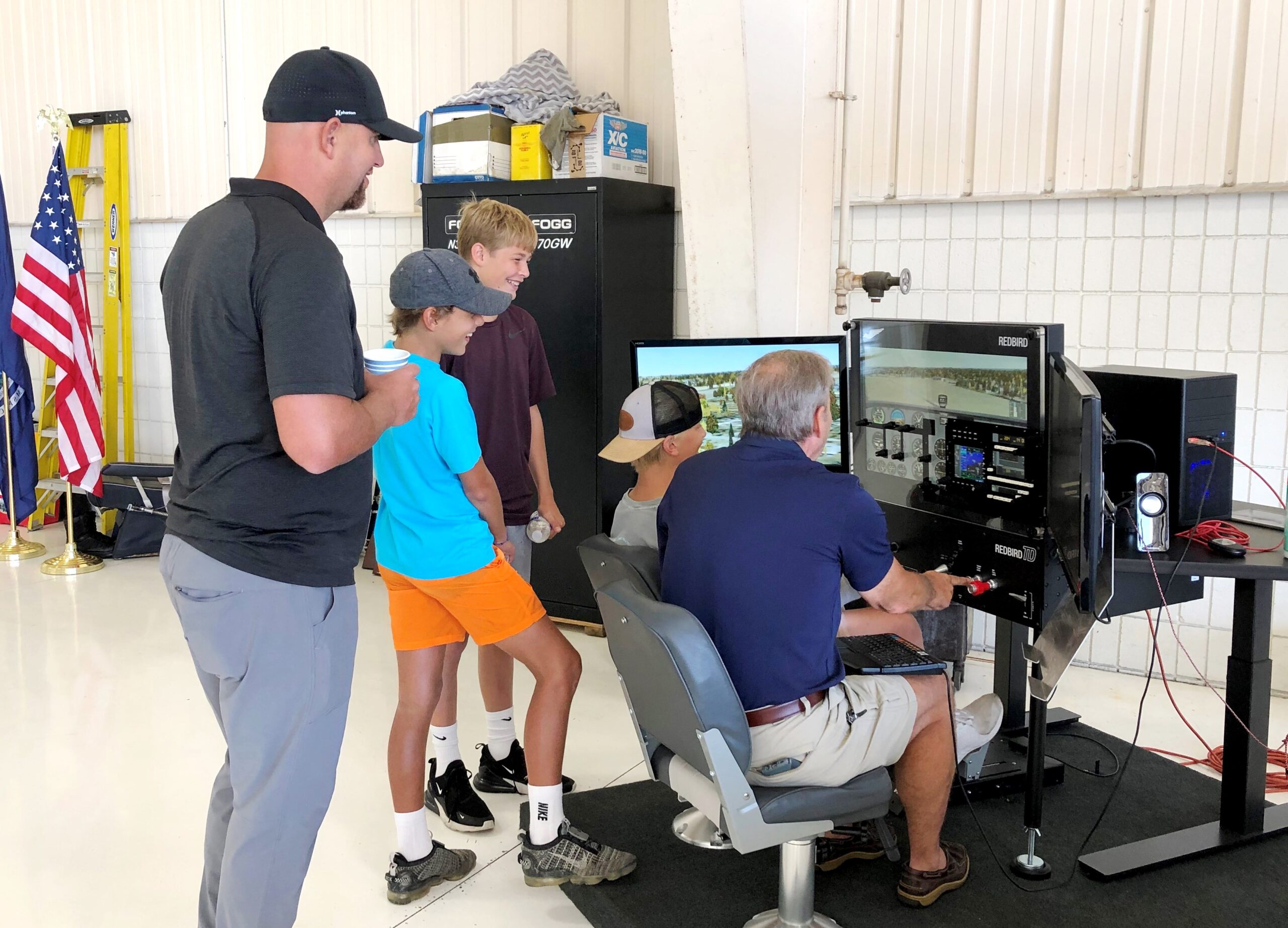 If you are going to the Wings of Mercy CareAffaire this Saturday Sept 11 at the West Michigan Regional Airport, stop by the Flight Path booth and sign up your middle or high schooler to fly the Redbird Flight Simulator. We hope to see you there to support this important cause. 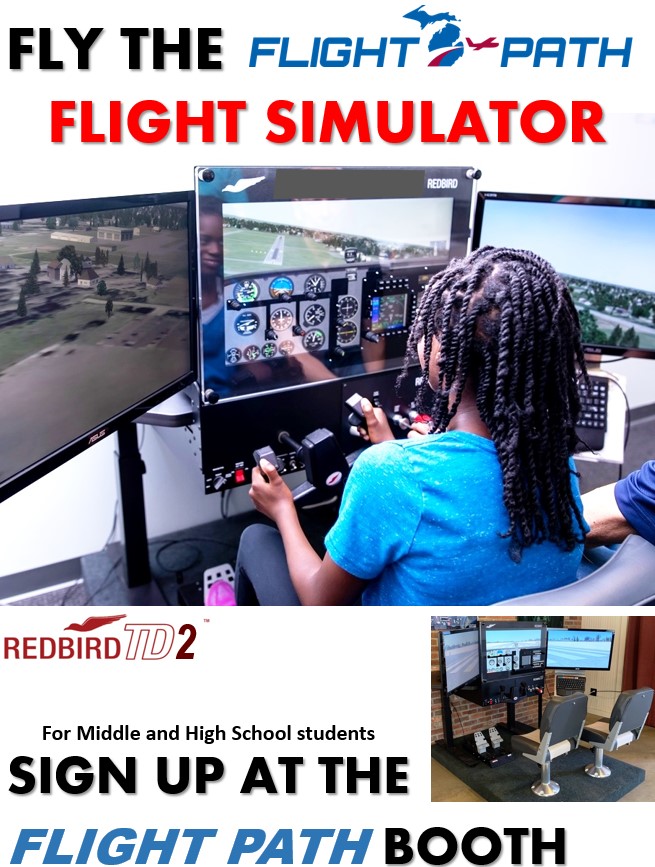 Please come to the Wings of Mercy event at the WM Regional Airport Sat. Sept 11

Wings of Mercy would like to invite you to make a day of solemn remembrances one filled with hope by joining us for the Holland Care Affaire and West Michigan Runway 5K at the West Michigan Regional Airport on Saturday, September 11, 2021.

This unique event is a community celebration of the good we can do together by giving wings to those in need. You can register for the West Michigan Runway 5K with this link (click here).

The registration fee includes a premium t-shirt and a pancake breakfast at the Holland Care Affaire.

In addition, we are again partnering with the EAA Young Eagles to offer free airplane rides for kids 8 to 17.

A parent must be present to give consent.

Same-Day registration for the 5K starts at 8AM

The Run and Pancake Breakfast start at 9AM

Young Eagles registration starts at 9AM

Breakfast will be served until Noon.

Be sure to stop by the Flight Path booth in the hangar and say HELLO!

Aviation is full of rich history and exciting technology. It opens up a world of wonder and exhilaration, especially for young people.  It’s a world that all kids should have the opportunity to explore.  The Flight Path group  in Holland MI helps to provide that opportunity.  Flight Path is a non-profit organization made up of pilots and aviation enthusiasts.  They invite students to the West Michigan Regional airport to get an inside look at what it’s like to be a pilot or mechanic or flight line worker.  That glimpse became a reality for the 20+ Holland/Zeeland Salvation Army Day Camp youth this summer; an opportunity that made a lasting impression on them!

For most of these campers, ages 5-14,  it was the first time they had ever been up close and personal with  aircraft. As they were approaching the airport, a corporate jet took off over their heads as if on cue, and the realization of the treat they were in for began to take hold. The back-to-back small group tours that followed  added to their excitement; They were able to see, touch and sit-in a Cessna aircraft. They all had a chance to “fly” the Flight Path Red Bird certified flight simulator, the same machine used by the airport’s flight instructors to teach student pilots.  Even at this young age, many of the kids showed some real skill in piloting the simulator!  Some were very serious about flying smoothly and others just had fun (not smooth!).  All of the kids saw and learned things about flying they probably have never experienced before.  And right on cue near the end of the sessions, a 1930’s biplane taxied out and took off while all of the children looked on.

The comments from the kids as they unloaded from the vans and returned to camp on Clover Street included “cool!”, “that was fun!”, “amazing!”, “I want to fly”.  This was more than just a fun afternoon. Some of these kids will walk away with a new passion and interest that could create a future path toward flight.  Others may have been inspired to learn more about related STEM and aviation service fields, giving them the motivation to excel in math and science.  Mission accomplished!  A huge thanks to Jeff Vos and the entire Flight Path group.   AUGUST 2021 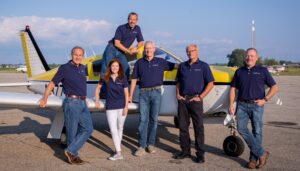